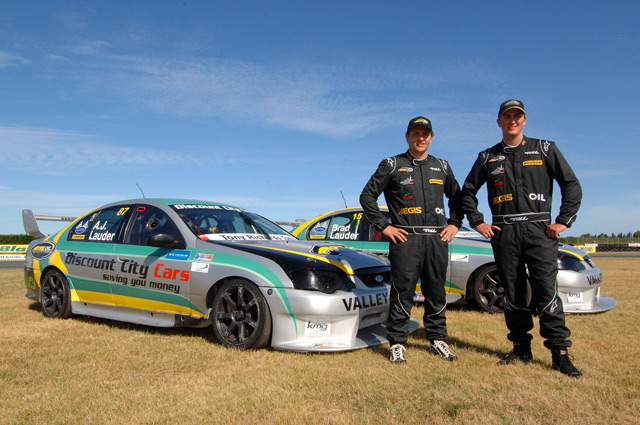 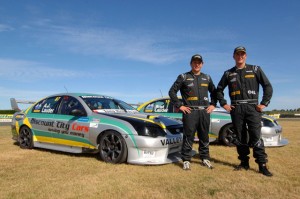 Turua teenagers A.J. (18) and Brad (16) Lauder, have made a very successful transition from the little Suzuki Swift Sport cars to the NZV8’s. They are contesting the Motorsport NZ Gold Star championship Series which culminates at the new Pukekohe circuit on April 12-14 2013 as support class for the Australian V8 Supercars.

“The deal to purchase the TL car’s previously run by Richards Team Motorsport was too good to turn down, especially with their expertise and help included” said grandfather Frank Radisich.

There was no expectation of the boys doing more than learn to drive such powerful cars. With only one day of testing at the Taupo track they were doing competitive lap times.

The first meeting was at Teretonga Park, Invercargill. Brad was 4th for the weekend due to fuel pick-up problems that caused a spectacular spin, he kept the lead in the reverse grid race after surviving another spin, while A.J. took the overall class win for the wekeend, leading the Championship after round 1. 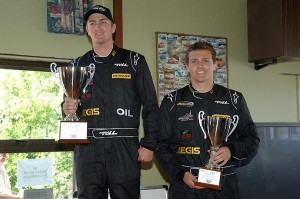 AJ and Brad both on the Podium

At Level’s Raceway, Timaru, A.J. carried on his winning ways to take overall class win for the weekend. Repeating the successful start the lauder boy’s again dominated the class. This time both received trophy’s with Brad in 2nd place (his first ever podium).

Competition is fierce between the brother’s, A.J. has a slightly more teched up car, and feels he should beat Brad, but the youngster is determined to make his mark.