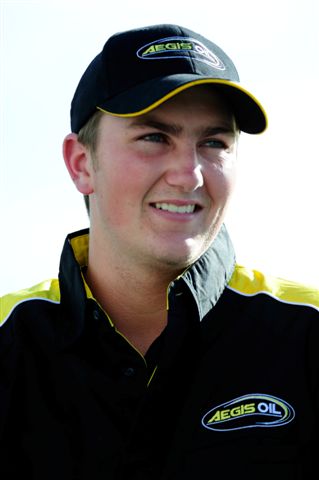 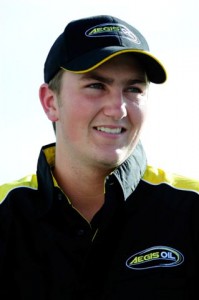 Team Aegis front-runner and Suzuki Swift Sport Cup Championship leader, AJ Lauder, goes into the final round of the series as championship favourite. After a mixed weekend of fortune at the New Zealand Grand Prix at Manfeild, Lauder maintains his lead, albeit by a lesser margin.

After taking pole position for the first race by an impressive 4 tenths of a second,  Lauder was in a comfortable position to drive away with the lead. However, he found himself in the uncustomary track position of last after he was shuffled down the pack and then  ran wide on the hairpin. Re-joining at the back of the field and showing driving maturity well beyond his years, Lauder carved his way through to finish race one in a creditable fourth

While brother, Brad Lauder, made up a couple of places to finish in sixth, AJ spent the reverse grid race two on the sidelines after breaking a front drive shaft in the warm-up. With the bit between his teeth, AJ leaped off the grid in race three and tousled his way through the field into third, but was classed as finishing fourth after a heavy accident stopped the race three laps early.

In four weeks time, Team Aegis Oil will line up on the grid for the final round of 2012 in Taupo with all eyes on AJ Lauder. At 170 points clear of his closest rival and with 300 points up for grabs, Lauder’s strategy will be to hold it all together and take as many of the double points on offer in race one. Tune in to TV3 and cheer on Team AegisOil making its claim to the Suzuki Swift Sport Cup on Sunday 11th March.